When I first published Valentine in 2010 (then republished in in 2015), I didn’t plan on writing so many books in the series. At most, I thought the Valentine series would contain three books. Instead, the primary series has five books, with a spin-off series which contains five books and another series with six books. All together, there are sixteen books in the Valentine universe, and I have another series planned which will contain at least three (possibly five; I’m wacky like that).

Valentine led to the Valentine Apart series: five books about characters featured in the primary series. The lives of Allan and Mac Avery, Lola Vencent, Kelly McCormick and Jo Fuentes are explored in a series of prequels as well as stories that coincide with the events in the primary series. Readers learn about Allan and Mac’s lives as hitmen, how Lola came to work for Rafferty, how Kelly became a member of the Syndicate and what led Jo to work for Kelly. But there’s a story before all of these stories. There’s a character who ultimately laid the foundation for all of these different paths to cross.

Enter Lucia Milazzo: the star of Lucia and the Saints. If Valentine Apart is a prequel, then Lucia is the prequel to the prequel. Before Val got her reputation, before Lola fired her first shot, there was Lucia. With all of the heads of the Syndicate (the network of criminals found in the Valentine series) being men, it’s ironic that the most important members can be traced back to one woman. She’s responsible for bringing John Rafferty into the fold, which technically makes her responsible for every event that occurs afterwards.

Lucia and the Saints not only introduces Lucia herself, it introduces many of the characters from the Valentine series. Readers meet young Allan and Mac Avery, learn how Vincent and Victor Entienne came to work for Rafferty, and why Jacob almost wasn’t hired. They also learn how Rafferty made his fortune (with Lucia’s help).

At the end of the sixth and final book in the series, Lucia finds herself with a choice to make. Her decision ultimately effects the lives of everyone in the Valentine series.

I used to be against prequels. I felt like they didn’t serve a purpose: if you’ve read the main story, then you already know the outcome. Then I decided to give prequels the credit they deserve. They offer insight into certain characters and situations. In Lucia and the Saints, the questions of “How did Rafferty become so powerful?” and “How did the Syndicate get started?” are answered. Also, the main question: “Who is responsible for all of this?”

Lucia and the Saints is available on Amazon and the Woolaston Entertainment online store.

I used to be a quiet person, who never complained. If someone bumped into me on the street, I let it go. If I was overcharged by a few cents for something, I didn’t make a fuss. As I grow older, my tolerance grows smaller and smaller. Things are different now. I have reached that stage in my life, where I put up with less and less. I speak up more. When I have a problem with a company, I complain. Uber is one of those companies.

I take an Uber to and from work four to five days a week. The same 3.8 miles to and from. I usually pay between $9 and $11. Lately, I’ve been paying $12 or more per trip. I’ve spent $23 and $26 on a single ride, and that’s just ridiculous. When I contacted Uber about this (via Twitter), their reason was because “it’s busier than usual, and the higher fare is an incentive to get more drivers on the road”. Bullocks. Drivers signed up to drive with Uber; that’s what they’re being PAID to do. Why should the extra incentive come out of a customer’s pocket? Especially during a pandemic, when most people are either not working or just getting back to work?

I sent Uber a letter. I also sent a letter to the FTC, or Federal Trade Commission. As far as I’m concerned, this is price gouging. Yesterday, I received an email from Uber. Their rewards for Platinum riders is changing: there is now a flat rate for rides to the most frequent destinations. So, now I’m only paying $10.49 to get to work or to get home.

I recently finished reading Pam Grossman’s Waking the Witch: Reflections on Women, Magic and Power, published in June of 2019. Grossman is the host/creator of the podcast The Witch Wave. I came across her book in the library I work in, and I decided to check it out. I could barely put it down.

First, let me say this: if you’re planning to read this book, have pen and paper handy, because you will find yourself taking notes and wanting to look up the material Grossman makes references to. I learned something fascinating about L. Frank Baum’s The Wizard of Oz, and what inspired him to write the book and create certain characters. Grossman makes references to familiar television shows, films and books. I enjoyed reading Grossman’s personal experiences as well as the facts and data she has compiled. Historical references about witchcraft and wicca are mentioned, but not to the extent that you feel weighed down by the information.

This was a very interesting read, and anyone who is interested in women’s history or witchcraft will most likely enjoy it.

I’m beginning to receive some feedback from my blog post about Writing Goals. Thank you to everyone who responded! Some of you are thinking about publishing. As you continue to write, I wanted to give you a few things to think about: Don’t drive yourself crazy. It’s easy to come up with an entire list […]

Whenever you begin a new project, planning ahead can come in handy. If you decide go on vacation, you don’t just pack a suitcase and leave. You have to decide where to go, how to get there, how long you’re going to be away, and what you’ll need for the trip. Writing a story or […]

June was kind of a MEH month for Woolaston Entertainment. I didn’t get much writing accomplished, and I only read one of the four books I had set out to read. This means I need to make up for lost time. This means, I need to celebrate Summer with a VENGEANCE!

Here’s my plan: finish at least one of the three books I started writing by the end of July. Finish reading a book and tell you all about it (it will most likely be Waking the Witch by Pam Grossman). And create some ART!!!! With new books on the way, I’m going to need artwork for the covers.

July is around the corner. Bring it on, Summer!

There have been A LOT of things happening lately. Some of them are positive, some are negative. With each passing day, I thought about what I wanted to post on this blog. But each time I looked over at my laptop, I changed my mind. I mean, where do I start? There’s just too much I wanted to say. SO, I’ll do my best to keep it brief.

I’ve been feeling many different things since George Floyd’s death on Memorial Day. Anger. Fear. Concern. More anger. I know I live in a country where there is a significant number of racist people. I’m a Black woman, and racism isn’t new to me. Hell, I’ve been called a nigger to my face. Every now and then, an event occurs that reminds me of just how deep hatred runs in America. When I learned of George Floyd’s death, I thought, it’s going to start again. People are going to protest. People are going to get angry and fight back. What surprised me wasn’t America’s response to this evil act, the world’s response is what really surprised me. I didn’t expect the rest of the world to join the cause. This gave me a sense of hope: maybe this is finally it. Maybe this is the change we all needed. The world actually came together and shouted, “ENOUGH!”

When Juneteenth was approaching, I thought it would be the same as it has always been. But no, this Juneteenth was different. This Juneteenth actually meant something. I currently live in Virginia, and Juneteenth has finally been recognized as a holiday. While I appreciate this forward progress, I have to say, it’s a shame it took VA so long, especially considering this is where the first Black slaves landed in 1619. Still, progress is progress.

Changes are being made. Confederate statues are coming down. New regulations are being created for the police. Progress is being made. What saddens me, is yet another life had to be lost, in order for people to wake up and open their eyes, and see the truth.

I’m trying to pull myself together and find some inspiration, so I can get back to writing. I’ve been reading lately, and slowly but surely, I’m getting there.

Be safe everyone, and stay woke.

Okay, yeah, that was lame. But who cares? This is for a writing workshop! It’s supposed to be fun! And maybe, slightly lame.

I was scheduled to host a writing workshop at the public library I work at, however, the Coronavirus decided it had other plans. Instead, I’m going to host one online, through a new blog I have created on WordPress. The Woolaston Writing Workshop will kick-off in mid-June, and I’m open to suggestions. All suggestions. Seriously: tell me what you’re looking for in a writing workshop, so I can include as much info as possible!

I’ve had a few people tell me, they’re interested in self-publishing and would like more info on how to get started, so I will definitely include that. But I want to hear from more of you! So please leave your suggestions in the comments below. If you’re on Twitter (who isn’t?), DM me at @NicoleWoolent. I’m looking forward to reading your suggestions!

The final letter! Today’s letter is  Z. Feel free to join in by posting a title in the comments section! (note: if the title begins with the, use the first letter of the next word!)

I’m not going to lie: this book really helped me with my guitar playing. When I first started teaching myself, I stressed myself out completely. This book helped me ‘let it go’. I learned to relax, and just let my playing ‘come to me’. 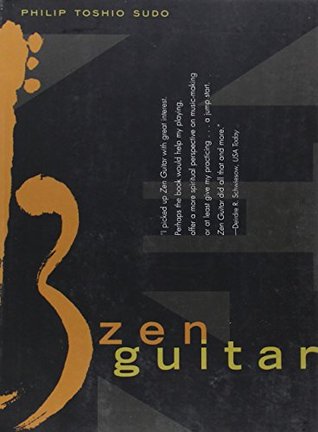 Today’s letter is  Y. Feel free to join in by posting a title in the comments section! (note: if the title begins with the, use the first letter of the next word!)

You Are A Badass: How to Stop Doubting Your Greatness and Start Living An Awesome Life   by Jen Sincero

Sometimes you literally need a good old fashioned kick in the butt…from your own foot. Normally I shy away from self-help books, but this one actually has some killer life advice. 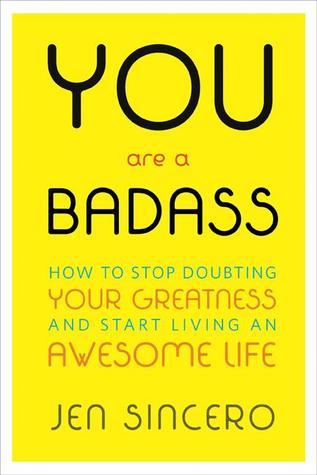